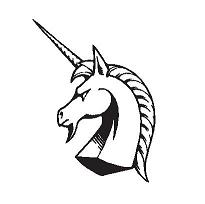 BattleSworn is a simple set of rules for fantasy skirmish actions. Using a handful of miniatures in any scale and six-sided dice, two players can bring a game to a conclusion in around one hour. Table size is irrelevant. Distances are determined by terrain and by the position of enemies: no inches, no centimetres, no measuring sticks.


BattleSworn is not your typical "I go, you go" system. The ebb-and-flow of initiative is represented by a bidding mechanic. Players bid for initiative and reveal their bids at the same time. The lowest bidder acts first, with as many characters as the number of his bid. The highest bidder reacts with as many characters as the difference between bids.

Combat uses the same mechanic. Combatants roll a number of dice equal to the amount bid. Lower bids are resolved before higher bids. This forces players to take decisions: do I attack fast, sacrificing accuracy and power for speed, or do I let my opponent go first to hit him later with a harder blow?